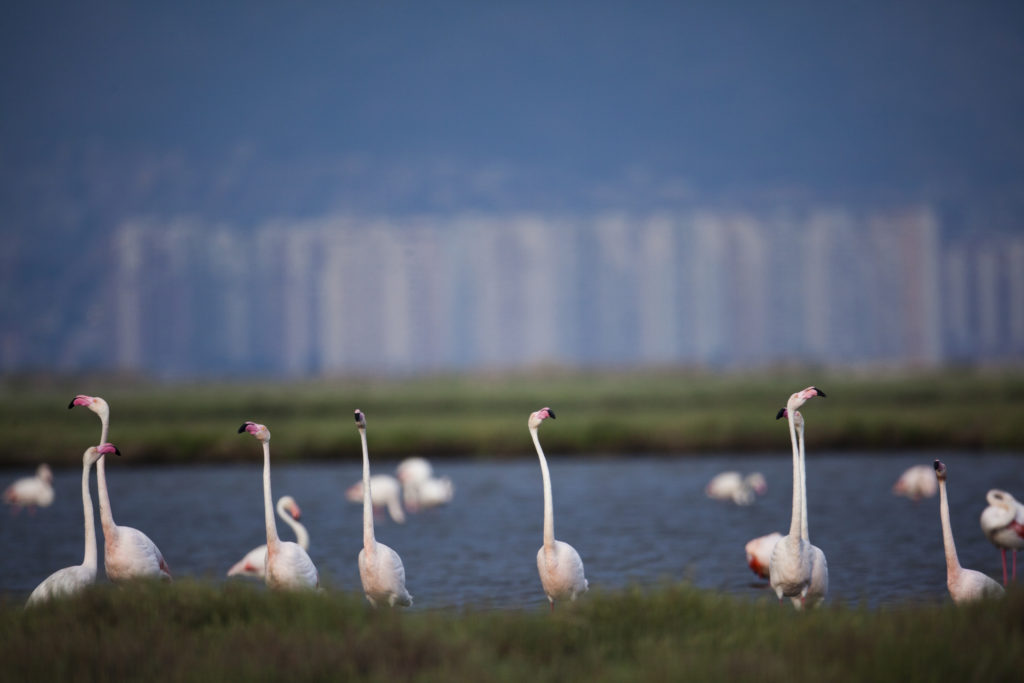 Gediz Delta in western Turkey, one of the prime wetlands for Greater Flamingos in the world, is under major threat due to a proposed mega bridge project. Doga, BirdLife Turkey, states that the bridge’s northern end will irreplaceably destroy key feeding grounds of flamingos and many other waterbird species. Doga and other civil society organisations in Turkey opened a court case asking for the cancellation of Environmental Impact Assessment (EIA) report, recently approved by the Ministry of Environment and Urbanisation of Turkey.

Gediz Delta, a Ramsar Site since 1998, is known to host around seven percent of the world population, and up to 30 percent of the European population of Greater Flamingos, during breeding and wintering seasons. Annually, 15 thousand pairs of flamingos nest at the Gediz Delta, along with several threatened species such as the Dalmatian Pelican. The delta qualifies as an Important Bird Area (IBA) and Key Biodiversity Area (KBA) for great variety of species. It also has a cultural and social value, providing essential livelihoods to the local population. The delta extends over 40.000 hectares along the eastern coast of Izmir Bay, where the Gediz River meets the Aegean Sea. Its habitats are diverse, including lagoons, reed beds, fresh and salt water marshes, salt meadows, seasonally flooded meadows, islets, arable land and Mediterranean scrublands.

The proposed bridge aims at connecting the southern and northern coasts of the Izmir Bay, which will result in direct loss of breeding islands of birds and key foraging areas of flamingos. Environmental Impact Assessment (EIA) for the project is already been approved by relevant governmental bodies, despite the area lies within the nationally protected wetland area and it is adjacent to the Gediz Delta Ramsar Site. No information on possible impacts of the project on both birds and habitats of the Gediz Delta are provided in the EIA report. If implemented, the bridge project will fragment precious habitats of the delta such as salt marshes, wet meadows and lagoons which are commonly used by sea- and shorebirds, not only for breeding but also for foraging and roosting, throughout the year.

Chairwoman of Doga, Dicle Tuba Kilic stated that: “Gediz Delta is one of Turkey’s most extensive coastal wetlands. Its biological integrity is protected by national and international legislation, reflecting the natural wealth and diversity of the habitats it contains. Doga and many other national and international organisations are active to save this unique wetland since 1998. Until recently, despite its close location to third largest city of Turkey, Izmir, it was one of the best preserved sites, through the efforts of relevant ministries and the Metropolitan Municipality of Izmir. The recent decision on building a mega-bridge at this protected wetland came as a major surprise to nature conservation community in Turkey and elsewhere. We will use all legal instruments for elimination of this major threat on Gediz Delta and seek for international solidarity to save the flamingos of the Mediterranean and the world.”

3D plan of the proposed bridge. 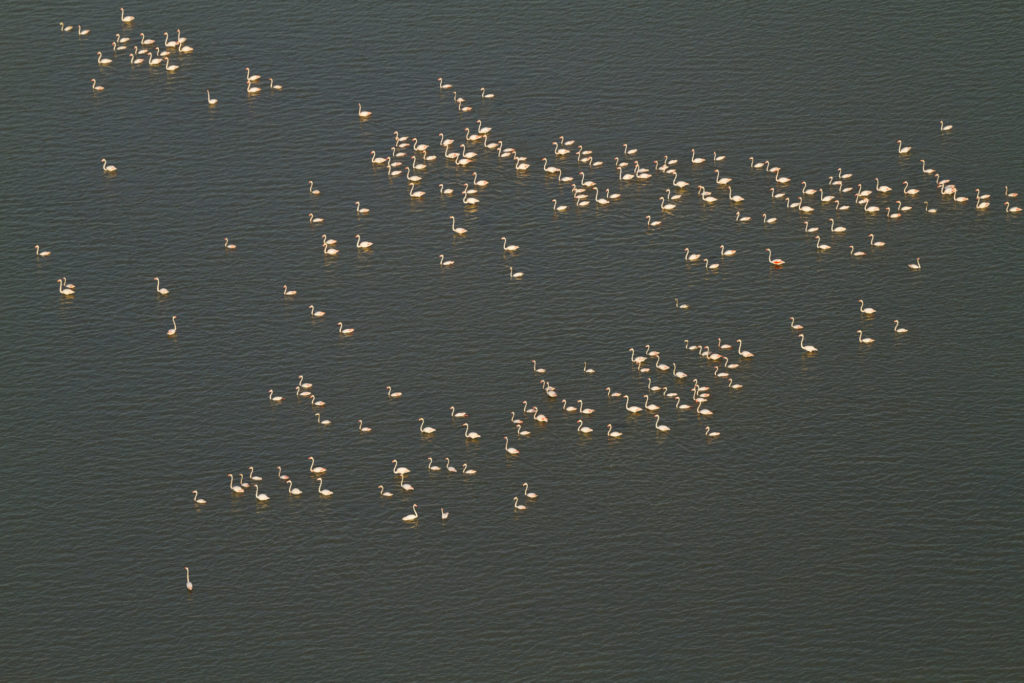 Areal photo of flamingos feeding in the area. 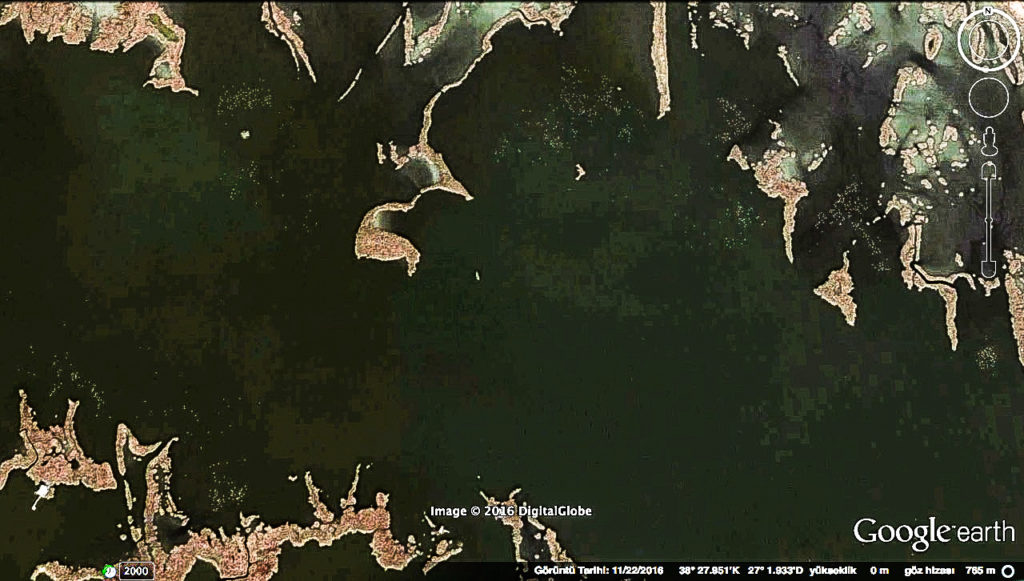 Google satellite photo of the project area and flamingo groups. 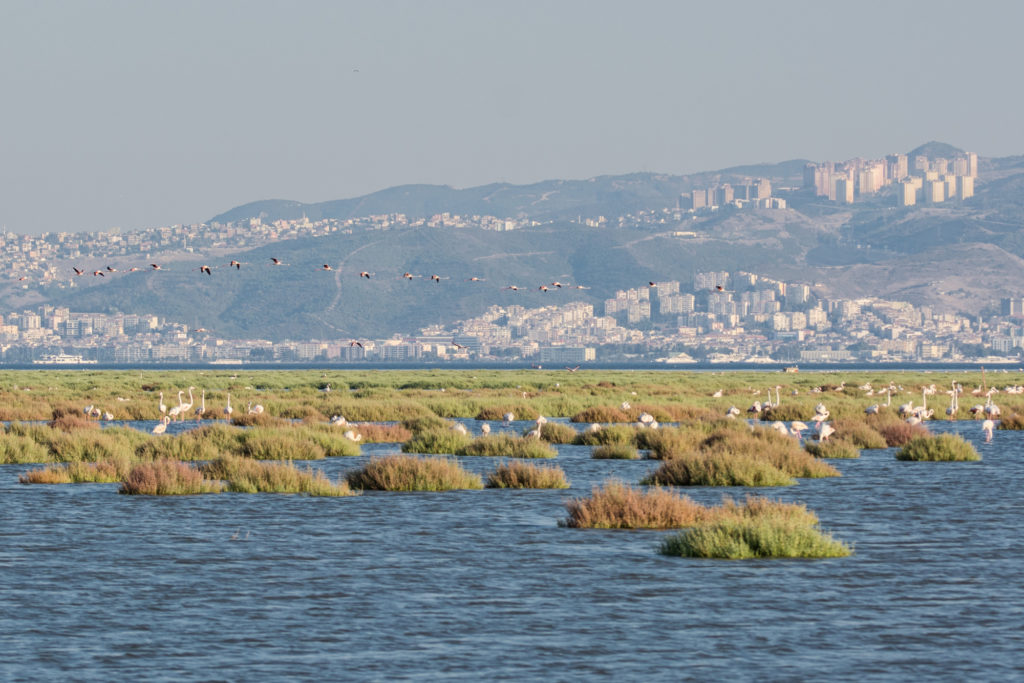 Project area and the panaroma of flamingo groups by 28.06.2017 (please click to enlarge and zoom in to see the flamingos)

1 Comments for : One of prime wetlands for Greater Flamingos in the world is under major threat