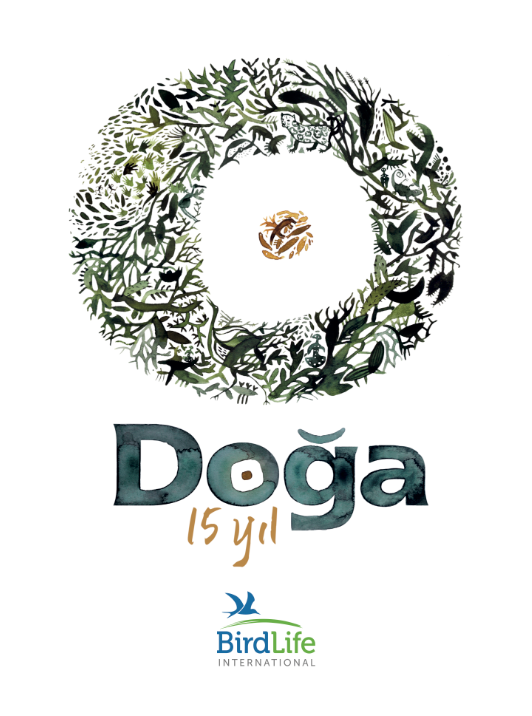 Doga is the partner of BirdLife International in Turkey, and its work is driven by the demand to take action to sustain biodiversity. Our mission is to defend the rights of nature in all its forms including its processes, which are necessary for persistence of life on earth.

Since 2002, we have been working as a grassroots organization connecting thousands of people working for this cause in Turkey and, where possible, elsewhere in the world. We conduct scientific research and provide community-based solutions for conservation; we establish partnerships and drive policy change. When science, community-based action, and advocacy do not deliver the necessary change, we conduct innovative campaigns to mobilize the public to take action to reverse the trend.

Our work can be witnessed across Turkey, from the steppic plateaus of Anatolia to the Mediterranean, from Hasankeyf in ancient Mesopotamia to the Aegean coast. Science is the backbone of our conservation projects to conserve species and habitats, while local communities and their indigenous cultures inspired by nature underpin our on-the-ground actions.

Our vision is to live in a world where humans embrace nature as a whole, live by knowing their footprint on the earth and respect all other forms of life, and where biodiversity is no longer in need of conservation. This vision extends beyond Turkey because we understand that there are no political or national boundaries in nature. Therefore, we work closely with other BirdLife partners around the world, which are grassroots organizations operating in over 100 countries and territories.

Five themes of Doga’s work address different facets and processes of biodiversity, which are all closely linked. The first of these is “birds” and it involves conservation of avian biodiversity through (i) supporting the development of the birding community, (ii) leveraging bird conservation science, (iii) undertaking on-the-ground species conservation actions and (iv) conservation of IBAs and flyways. The second is the wider biodiversity theme where we primarily focus on endemic plants, freshwater fish and some flagship mammals, i.e. other biodiversity in addition to birds. Species conservation issues such as human-carnivore conflict and conservation of restricted range species are also covered under this theme. The third theme focuses on conservation of IBAs and KBAs as a network of sites of global significance that are globally vulnerable and/or irreplaceable. The fourth concentrates on Indigenous Production Landscapes involving unique farming practices and rich cultural traditions sustaining birds and the wider biodiversity. The last pillar relates to the way people live and interact with other communities and species – Nature Culture – striving to minimize the human footprint on earth.