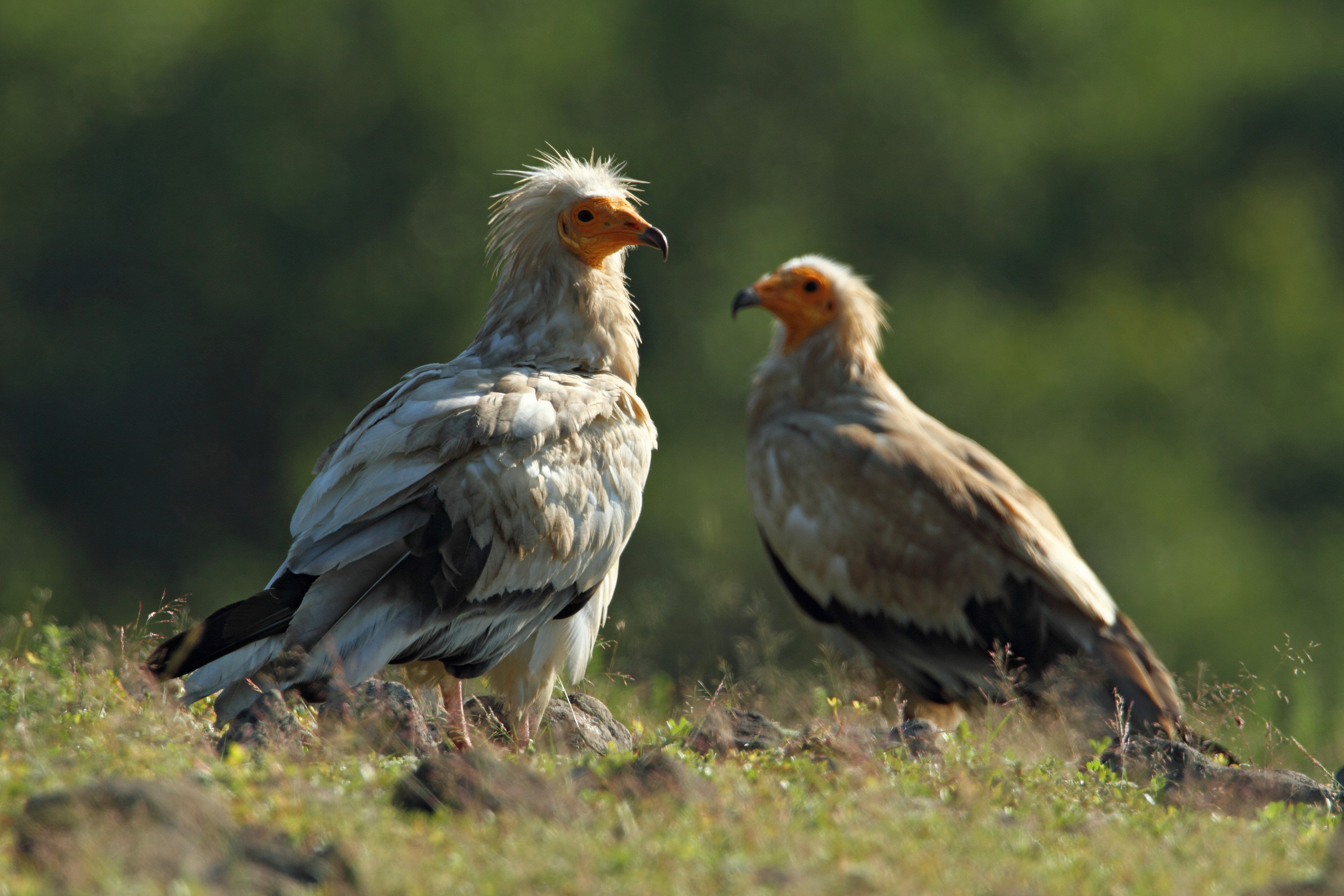 The Egyptian Vulture is a long-distance migrant and a primary scavenger often feeding at open waste sites and favoring arid, open areas. It is a solitary breeder, nesting in cavities on steep cliffs, however it will occasionally nest on the ground or in trees. The species is listed as endangered (EN) by BirdLife International on the IUCN red list of threatened species and is one of 20 globally threatened bird species found in Turkey. The global breeding population is patchily distributed through Europe, the Middle East, Western Asia, India, and Africa. The European, Asian and Middle Eastern populations are migratory.

The Egyptian Vulture is distributed as a breeding bird across most of Turkey with notable exceptions being the coastal areas in Marmara, Aegean, Mediterranean and eastern Black Sea. At the beginning of the 20th century the species was widely distributed throughout Turkey but is no longer present in western half of Turkey. The decline of the Turkey population began in the beginning of the 20th century and stabilized at its current level in the early 1960s. Currently, 1,000 to 2,000 pairs breed in Turkey, accounting for approximately 12% of the world population and 38% of the European population. According to the Red List of Turkey and Birds in Europe III the Egyptian vulture population is declining in Anatolia and Thrace. Between 1990 and 2013, the population decreased by 30-49%, while the magnitude of the decline trend has slightly decreased between 2000 and 2012 being at 20-29%.

It is present in Turkey from mid to late March until end of September or mid-October. Favors montane habitats as well as other open areas which it is dependent on for carrion. In Turkey and in many other parts of the world, the species has a preference for anthropogenic steppes which are maintained through traditional grazing. The steppic indigenous production landscapes throughout Anatolia form key feeding and breeding grounds for the species. Among these, Beypazari Steppes, Bolkar Mountains and the wider Cappadocia region are known to be particularly important.

In 2018, Doga along with BSPB and seven other organizations from different countries initiated a multi-country project to reinforce the eastern European Egyptian Vulture population by delivering urgent conservation measures to address major known threats at breeding grounds and also along the flyway through:
Improved enforcement of the ban on using poisoned baits for predator control
Reduction of the risk of poisoning at garbage dumps
Reduction of the risk of lead poisoning caused by consumption of contaminated carcasses
Reduced mortality caused by wind farms
Reduced mortality by electrocution
Reformation of the EU regulations on animal by products disposal
Promotion of extensive livestock farming practices
Reduced disturbance at breeding sites
Reduced disturbance through better planning of economic activities near breeding areas
Establishment of a European wide monitoring scheme for the species
Identification of migratory strategy and paths
Improved understanding of the importance and mechanism of mortality factors

The Sarımazı Raptor Count, organised jointly with BSPB, Doga and the RSPB, BirdLife partners in Bulgaria, Turkey and UK, forms an essential element of the Egyptian Vulture New Life Project. The Balkan population of the endangered Egyptian Vulture is declining rapidly, but no high quality trend information exists of the larger adjacent population in western Turkey. Long-term raptor monitoring at three points north of the Gulf of Iskenderun near the village of Sarimazi is key to assess the regional trend of the species. From the mid-August till mid-October, primarily during September, these three observation points allow monitoring of the majority of Egyptian Vultures and other raptors migrating around the eastern coast of the Mediterranean Sea.

Therefore, under the ongoing Egyptian Vulture New Life project, an annual monitoring program is established in Sarımazı carried out every Autumn. Along with assessing the trend of the Egyptian Vulture population, the counts will help to develop a self-sustaining long-term programme for monitoring of autumn migration of soaring birds at the Sarimazi bottleneck site, with the coordination of Doga.

For results of the Sarımazı Count in 2018, please visit: http://lifeneophron.eu/#daily-migration