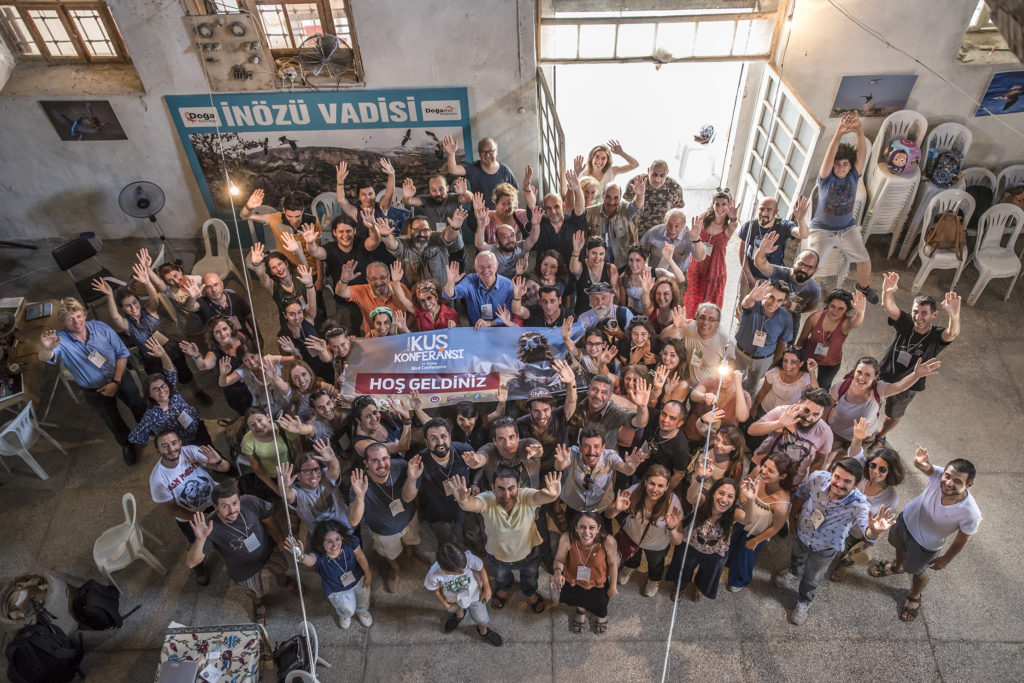 Doga, since it was established in 2002, is working to enhance the birding community in Turkey and works closely with bird-watching groups.

Forming alliances and working in partnership with other organizations is a key principle of Doga. As a partner of BirdLife International, Doga works in cooperation with other BirdLife partners around the world, which are grassroots organizations operating in over 100 countries and territories. Doga also conducted several multinational projects with other BirdLife partners including the RSPB, BSPB, NABU, Hellenic Ornithological Society (HOS), SOR (Romanian Ornithological Society), SABUKO (BirdLife Georgia) and BirdLife Cyprus.

One of major collaborative work of Doga is the Mediterranean Basin Ecosystem Profile of CEPF, which was developed with broad stakeholder consultation in 2010 under the leadership of Doga. The profiling team included BirdLife International and its partners in the region, Conservation International, IUCN, Plantlife International and Tour du Valat. Doga formed a strategic partnership with Tour du Valat, Research Institute for the Conservation of Mediterranean Wetlands, to preserve Mediterranean coastal wetlands focusing especially in the Gediz Delta since it is established. Doga is also a member of IUCN, the Mediterranean Wetlands Alliance and the Alliance for Zero Extinction.

Doga formed a great variety of partnerships and alliances also with national CSOs and platforms for safeguarding and monitoring of IBAs and KBAs. In 2010, Turkish Water Assembly was formed by more than fifty CSOs and local groups to overcome the threat of hydroelectric power plants and dams which are the root cause habitat loss at many KBAs of Turkey. Doga continues working in alliance with other CSO’s being a part of the Climate Change and Nature Conservation Law national platforms. Doga is also working with Underwater Research Society (SAD) for the conservation of marine and coastal KBAs, as a strategic partner. SAD is the leading NGO in Turkey specialized in marine and coastal conservation, particularly the conservation of the Mediterranean Monk Seal.

The evolution of conservation in Turkey faced a major change after the Gezi Movement in 2013, further strengthening cooperation among CSOs and LCGs. Doga is working with 42 LCGs from different parts of Turkey to maintain an extensive IBA and KBA monitoring program launched in March 2018. Under this program, each key trigger species of IBAs and KBAs is monitored by a local volunteer or expert and currently more than 150 experts committed to being a part of this monitoring system, including birdwatchers, academia and members of LCGs. Two meetings for initiating of the IBA and KBA Committees was held in March 2018, as part of this program.

Doga, since it was established in 2002, is working to enhance the birding community in Turkey and works closely with bird-watching groups. There were less than a hundred bird-watchers in Turkey when Doga is established, now, nearly 2000 people are watching and photographing birds across all provinces actively contributing to bird conservation through citizen science. eKusBank is a key citizen science tool established by Doga in 2004 and allows birdwatchers from anywhere in Turkey to input and query bird observations. Since 2015, eKusBank is linked with the global eBird network, and it is maintained in cooperation with Lab of Ornithology of Cornell University and Turkish Bird Records Committee.

Doga is an official member of the Izmir Wetlands Committee and has strong relations with the Seferihisar Municipality a founding member of Doga’s Nature School. In Thrace, Doga works closely with the Kırklareli City Council for the preservation of Eastern Imperial Eagles. The independent geography magazine, Magma, is another strategic partner Doga with which we work to publicize stories about conservation and birds of Turkey.