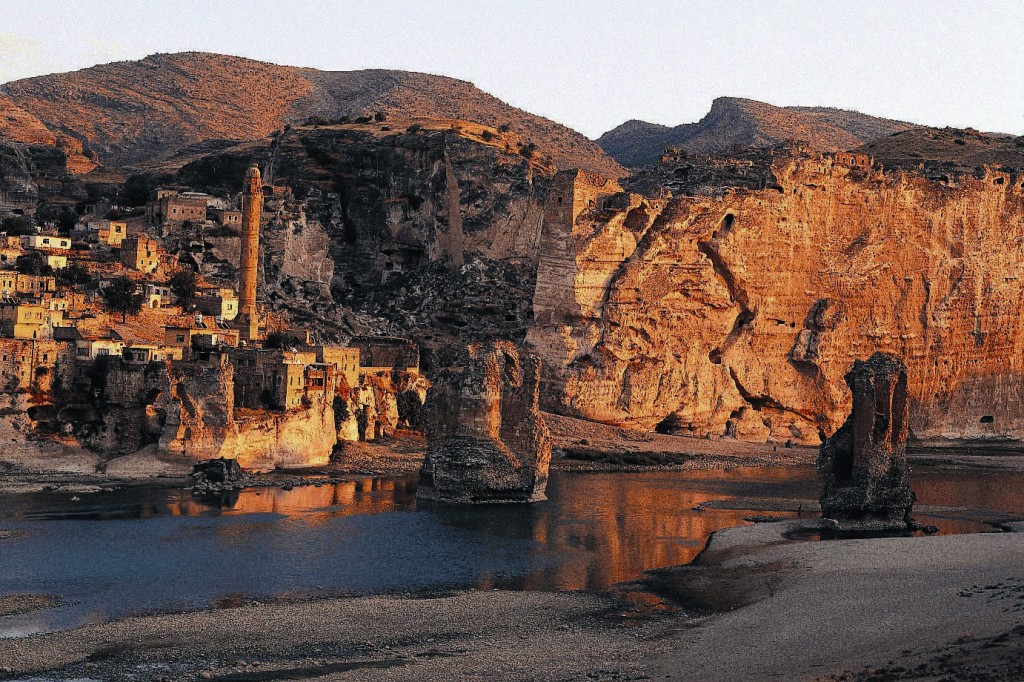 Hasankeyf and the surrounding Tigris valley together constitute an area which is the only place in the world that meets nine of the 10 criteria for designation as a UNESCO World Heritage Site.

The Tigris Valley, with the ancient city of Hasankeyf at its center, is one of humanity’s most valuable legacies. It laid the foundations of eastern and western civilization and hosts the legacy of more than 20 cultures. The 11,000-year old town of Hasankeyf is one of the important hubs of Mesopotamia where agriculture was first discovered, scripture was invented, and the first stages of settled life occurred.

The Tigris River Valley represents the single remaining example of the riverine and canyon ecosystems in south eastern Turkey which run along five Key Biodiversity Areas; the Bismil Plain, Tigris Valley, Kupeli Mountain, Eruh Mountains, Cizre and Silopi which host key natural habitats for many threatened species. Hasankeyf and the surrounding Tigris valley together constitute an area which is the only place in the world that meets nine of the 10 criteria for designation as a UNESCO World Heritage Site.

The main threat on Tigris Valley and Hasankeyf is the Ilisu Dam project which forms part of one of the largest irrigation and hydropower projects worldwide, the so-called South East Anatolian Project (Güneydoğu Anadolu Projesi – GAP). The Ilisu Dam would be the first dam on the Tigris River. The dam would flood dozens of historical artifacts in Hasankeyf inherited from several civilizations including Persian, Roman, Byzantine, Umayyad, Abbasid, Hamdanid, Marwanid, Artuqid, Ayyubid and the Ottoman Empire. To date, researchers have uncovered around 300 ancient sites in the area surrounding Hasankeyf, and it is assumed that many more are waiting to be discovered.

The Tigris River is one of the world’s rare beauties hosting two important habitats: semi-desert and tundra with trees. It hosts amazing biological diversity, with much more still to be discovered because most of the area remains unchartered. The Ilisu Dam Project will negatively affect of the 400km river landscape, five Key Biodiversity Areas and many globally endangered species as the Egyptian Vulture, Euphrates Soft-shelled Turtle, and Leopard (Mesopotamian) Barbel.

Doğa has campaigned since 2005 to stop the Ilisu Dam project, proposing a list of alternative solutions to the dam and demanding the government nominate Hasankeyf and the Tigris Valley for UNESCO World Heritage Status. This would ensure the site’s protection while attracting investment and tourism. To this end, we have been closely working with residents and local stakeholders, academics and experts, national and local NGOs, international organisations such as ECA Watch, and the Keep Hasankeyf Alive Initiative.

Our campaign has resulted in the withdrawal of three European Credit Agencies from the project in 2009. Never before has an existing export guarantee been cancelled due to ecological, social or cultural concerns. Doğa’s demands continue to gain strength with the support of over 100,000 people who signed up to the campaign’s petition. Acclaimed authors and artists have also endorsed our campaign to save Hasankeyf and the Tigris Valley. Many artists have voiced their opposition to the Ilisu Dam through various initiatives including visits to the region, photo exhibitions, short films and dedicated songs. Our campaign has led to a national outcry to Save Hasankeyf and the Tigris Valley. Doğa continues to work to save Hasankeyf and the Dicle River in cooperation with other local, national and international stakeholders.

Outstanding Universal Value of Hasankeyf and The Tigris Valley

Hasankeyf The Capital of Civilizations