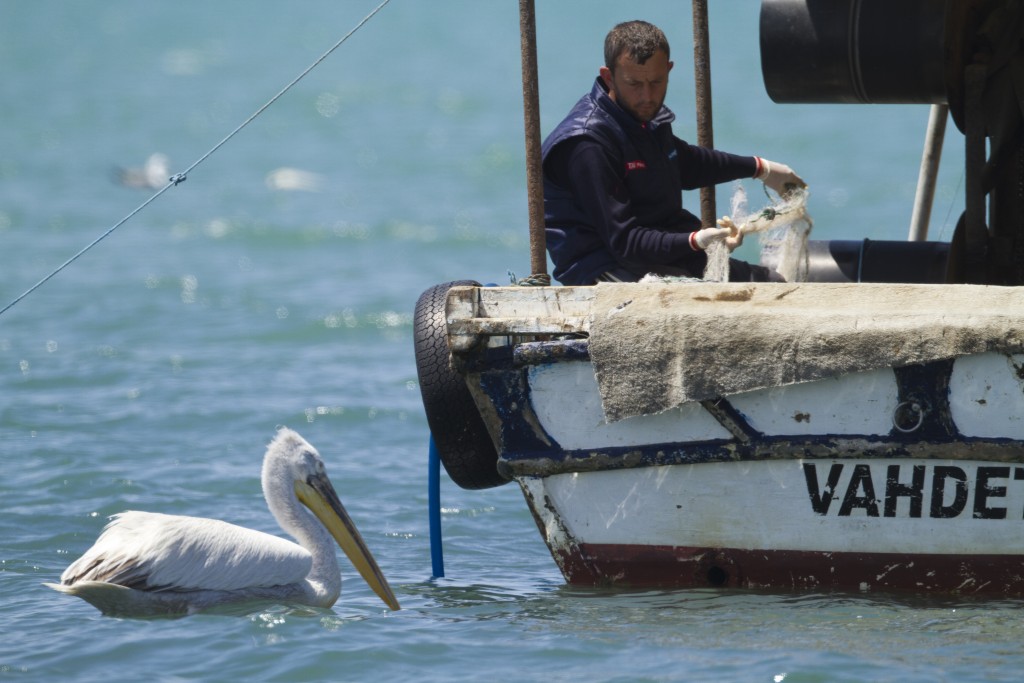 Gediz Delta’s location is along a migration route where it is used as a stop-over and feeding site for a large number of coastal and other waterbirds. Some of the key bird species include Dalmatian pelicans (Pelecanus crispus).

Gediz Delta is one of Turkey’s most extensive coastal wetlands. Its biological integrity is protected by national and international legislation, reflecting the natural wealth and diversity of the habitats it contains. The delta is an Important Bird Area (IBA) and Key Biodiversity Area (KBA) that was also designated as a Ramsar Site (a wetland of international importance) in 1998. It also has a cultural and social value, providing essential needs to the local population. The delta extends over 40.000 ha in the western coast of Izmir Bay, where the Gediz River meets the Aegean Sea. Its habitats are diverse, including lagoons, reed beds, fresh and salt water marshes, salt meadows, seasonally flooded meadows, islets, agriculture land and Mediterranean shrubland.

Birds are an important part of the Gediz Delta’s biodiversity, being one of the sites with the highest bird variety in Turkey. To date, 289 species of waterbirds have been counted at the delta. In the wintertime, it hosts over 80,000 wetland birds; of these, 28 species are listed as threatened. Due to its suitable climate conditions and feeding areas, the delta is an important winter roosting site for waterbirds commonly found in Eastern Europe.

The area’s location is along a migration route where it is used as a stop-over and feeding site for a large number of coastal and other waterbirds. Some of the key bird species include: Dalmatian pelicans (Pelecanus crispus), Flamingos (Phoenicopterus roseus), Lesser kestrels (Falco naumanni), Spur-winged plovers (Vanellus spinosus), Sandwich terns (Sterna sandvicensis), Black winged stilts (Himantopus himantopus) and Avocets (Recurvirostra avosetta).

The main threats to biodiversity are habitat loss, degradation due to human-induced changes in land use, and inappropriate water management. The area’s proximity to one of Turkey’s major cities, Izmir, makes it vulnerable to pollution and urban sprawl. The expansion of intensive agriculture has changed the flow of natural water to the delta and industrial development upriver has increased levels of heavy metals in the water. To ensure adequate conservation measures are in place, Doğa actively participated in the creation of the Gediz Management Plan following work in the area for more than a decade.

We continue to work with Tour Du Valat and other partners on delta’s restoration and conservation while we continue to identify threats and advocate the need to address them. We also work on monitoring of flamingoes at the Gediz Delta, as well as in the Tuz Lake. Major proportion of Doğa’s work at the delta involves public awareness and community enhancement activities.