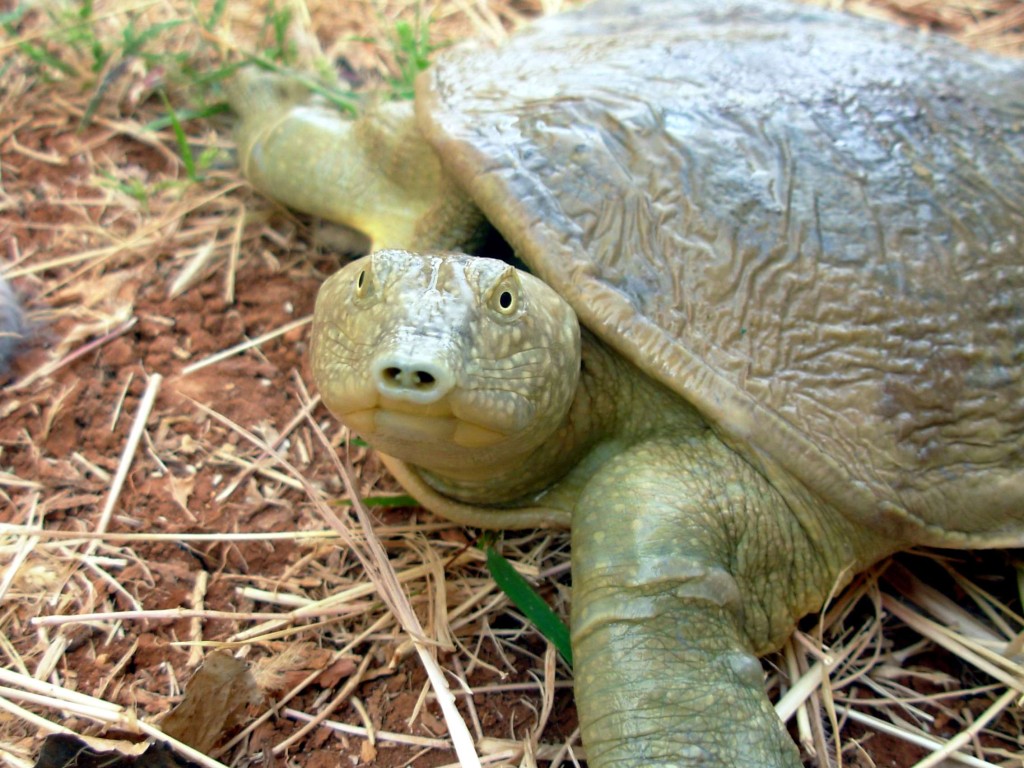 Soft shell, hard life! We are striving to save the endangered Euphrates turtle of Mesopotamia.

The Euphrates softshell turtle (Rafetus euphraticus), is found throughout much of the Euphrates Tigris River Basins, the Mesopotamia. The distribution of the species extends from Southeastern Turkey (Anatolia) to the northwestern extent of the Persian Gulf, occurring in lakes, ponds, and marshlands. Fragmentation of rivers, alteration, and destruction of suitable habitat throughout its range are the main threats to the species. Major dams cause fundamental changes to water quality and the flow regime downstream, making it impossible for the species to survive in long downstream riverine stretches. The loss of sandbank nesting habitat through flooding and sand mining is also among other threats. As a cumulative consequence of these threats, the species is listed as Endangered because of serious population declines, estimated to be as much as 50 percent over the last 15 years.

The natural habitats of Euphrates soft-shell turtles in the basin of the Euphrates river were submerged by water when the Birecik Dam was built in 2002 – most of these habitats have since disappeared. When it was thought the species had completely disappeared in this region, experts and Doga team near the Euphrates River in the Birecik district of Urfa located some key populations. A feasibility study is now being carried out by Doga team to protect the population in Birecik and restore its habitat. Moreover, Doga campaigns against the Ilısu Dam project being one of the single biggest threats to the species along the Tigris River, a core distribution area for the species.