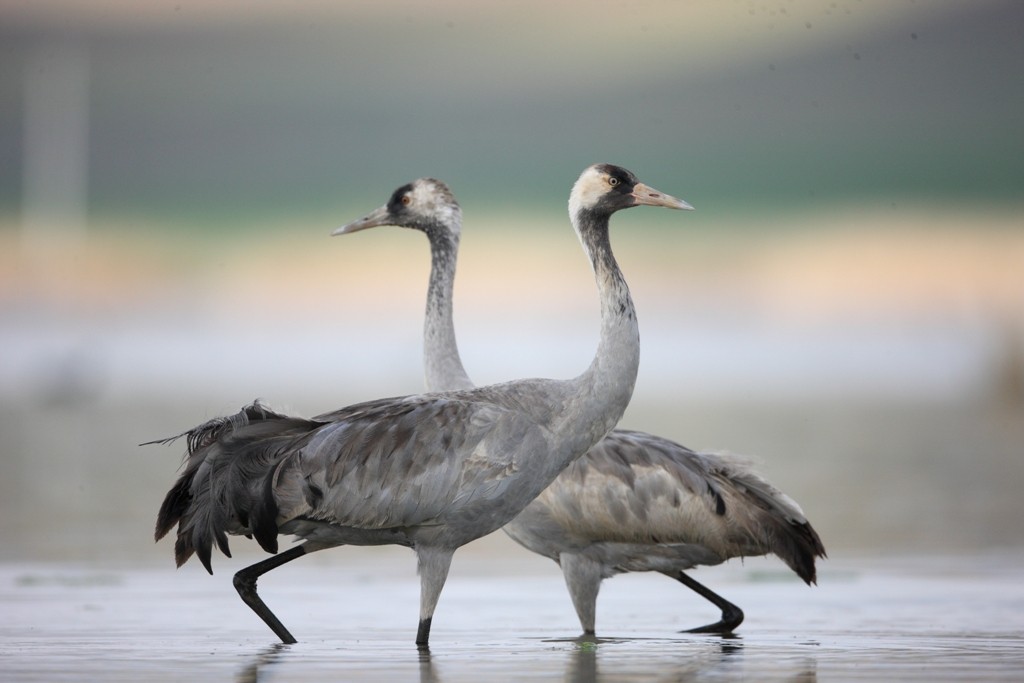 The estimated breeding population of the Anatolian Mountain crane in Turkey is around 20 pairs.

In 2008, the Common Crane population in Eastern Anatolia and Southern Caucasus was identified as a new subspecies, i.e., Anatolian Mountain Crane (Grus grus archibaldi), which is severely threatened from various reasons, primarily because of loss of its breeding grounds and deterioration of habitat quality. In 2010 and 2012, Doga carried out field surveys to assess the conservation status of the species in Eastern Anatolia. As a result of the study, 6 confirmed breeding sites, 12 highly probable breeding sites, 2 possible breeding sites and 6 potential breeding sites are identified, with an approximate breeding population of 20 pairs. At the confirmed breeding sites, 10 breeding pairs and 17 chicks were found. Also, 12 unsuccessful pairs were observed during these surveys. There are few studies on wintering areas of the subspecies indicating that it is largely residential and confined to Turkey throughout the year. However, there have been some winter observations of some individuals having the characteristics of the subspecies in Hula Valley, Israel.

Some experts argue that the Anatolian Mountain Crane could be a full species. Regardless of its taxonomic status, facts available point out an urgent need to improve ongoing efforts to save this rare subspecies to prevent its extinction. With this aim, a programme for the conservation of cranes in Anatolia is launched as a partnership between Doga and the International Crane Foundation in 2012.

Doga’s crane conservation programme comprises assessing the taxonomic status and documentation of the entire breeding range of the subspecies, monitoring the breeding and wintering populations, and improving their conservation status through community-based conservation and reversing the major causes of decline.