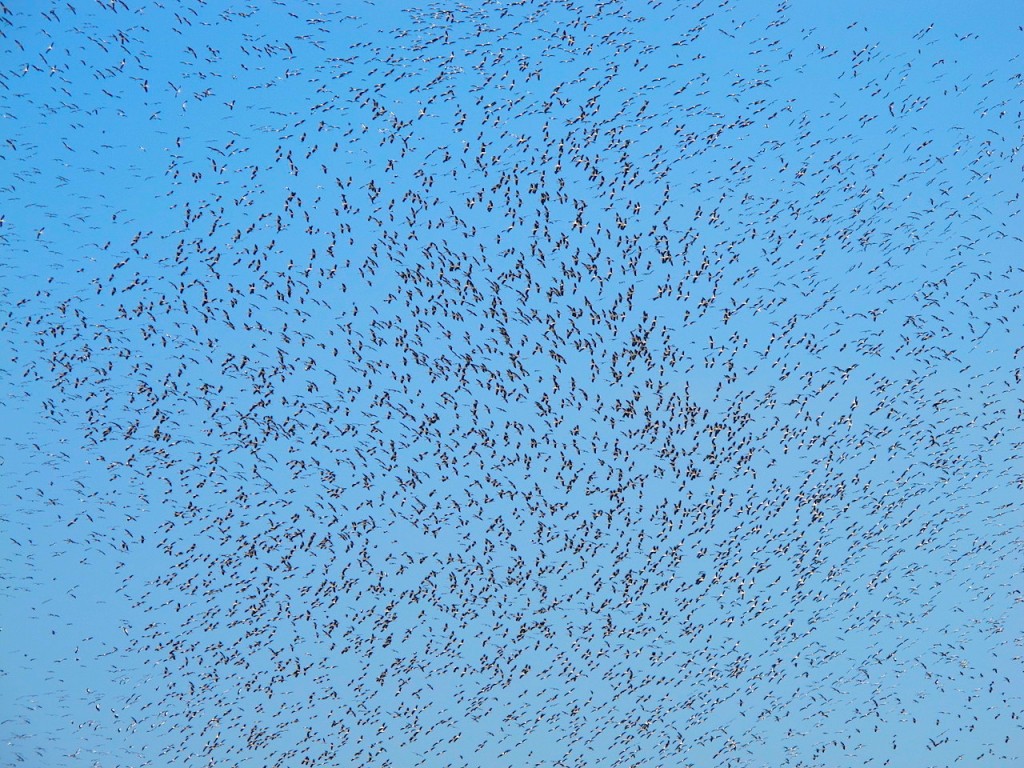 The Bosphorus strait runs north-south for 33 kilometers, and is ca. 1.5 kilometer wide extending thorough the metropolitan city of Istanbul. The site includes the forested areas east (Polonezköy Nature Park) and west (Belgrade forest) of the strait, which are known to be of importance to roosting migrant birds. It does also include the Çamlıca Hills and the Golden Horn, which qualify as an Important Bird Area (IBA) due to the large numbers of migrants passing over.

The site is a major migratory bottleneck, where hundreds of thousands of storks and raptors regularly pass in spring and autumn. Few counts covering the entire migration period have been undertaken. Autumn counts from 1990’s include 11,703 Lesser Spotted Eagle (Aquila pomarina) at Çamlıca and 11,379 of the same species at Sarıyer, both on the same day in September 1990. These numbers are probably much higher. Storks often roost in flocks of thousands in fields adjacent to the city. More than 500,000 White Storks (Ciconia ciconia) are counted in the IBA in 2015. The IBA is also a key bottleneck for seabirds such as the Yelkouan Shearwater (Puffinus yelkouan) and the Mediterranean Gull (Larus melanocephalus). Mediterranean Shag (Phalacrocorax aristotelis desmarestii) has a regular breeding population at offshore islets of Istanbul.

One of the offices of Doğa is in Istanbul where our team works in cooperation with other conservation groups for promotion of birdwatching and safeguarding the severely threatened forests and other natural habitats of the city of Istanbul.