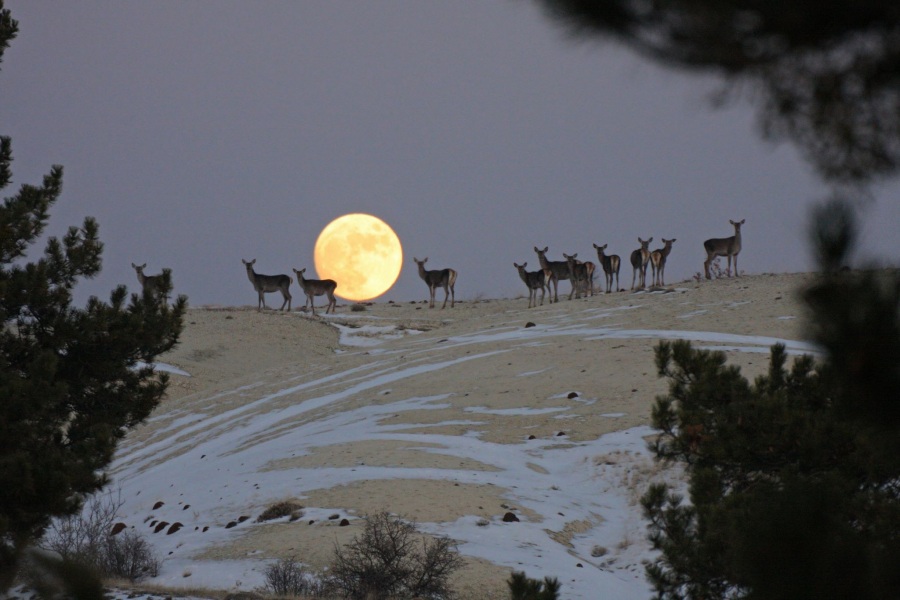 Anatolian Red Deer (Cervus elephus maral) is one of the flagship species of Beypazarı nature.

Rich in flora and fauna as well as cultural remains, the Kirmir Valley in Beypazarı is a Key Biodiversity Area (KBA) that is particularly important for bird species. Wide steppes and agricultural fields can be seen to the west of the area. The eastern part includes a large number of deep and narrow valleys with rocky cliffs that house diverse species, especially around İnözü Valley and Güdül. It is the most intensive breeding ground in all Europe for the Egyptian Vulture (Neophron percnopterus). Other key breeding bird species include Black Stork (Ciconia nigra), Lanner Falcon (Falco biarmicus), Long-legged Buzzard (Buteo rufinus), Raven (Corvus corax) and Ruddy Shelduck (Tadorna ferruginea). Anatolian red deer (Cervus elaphus maral) and Black Vulture (Aegypius monachus) are some of the flagship species regularly occurring in the area.

The Kirmir Valley has a warmer and more humid climate than its surrounding environment. For this reason, it is also home to many plant species that cannot survive in terrestrial climates. Three of the most commonly seen plant families are the Asteraceae, Brassicaceae and Fabaceae. Doğa worked in cooperation with the Gazi University to save the last location on earth where the critically endangered plant species Beypazarı Astragalus (Astragalus beypazaricus) occurs.

The main threats to biodiversity in this KBA are hydropower projects and intensive use of agricultural chemicals. Tourism is also a creeping threat since Beypazarı has become a popular attraction. Doğa’s work at the KBA has focuses on species conservation. We also focus on the sustainable interaction of the local community with nature in order to establish a baseline for the future survival of the KBA as a community conserved area.